there’s something about a cowboy

Why, in history books of old
have tales of heroes thus been told,
of  Wyatt, Doc, Bat Masterson,
men who lived life by the gun?

Are they recorded true to fact
or will the honesty come back,
to haunt them in their shallow grave,
or prove them gallant, strong, and brave?

Sometimes the heroes of the west
were polished criminals at best,
exaggerated in dime-store books,
but little more than common crooks.

Maybe those heroes of the past
had reputations meant to last,
no matter whether right or wrong,
strummed on guitars in a song.

But as for me, I’d rather dwell
on cowboys God won’t send to hell,
of men who earned love and devotion,
helped out more than on a notion,

Who cared more for their fellow man
than drifting cross an untamed land,
cared about the golden rule,
and never acted like a fool.

I’ll worship men of their kind,
for I am of another mind,
to honor cowboys who fought for me,
and made this country proud and free.

back to the corral 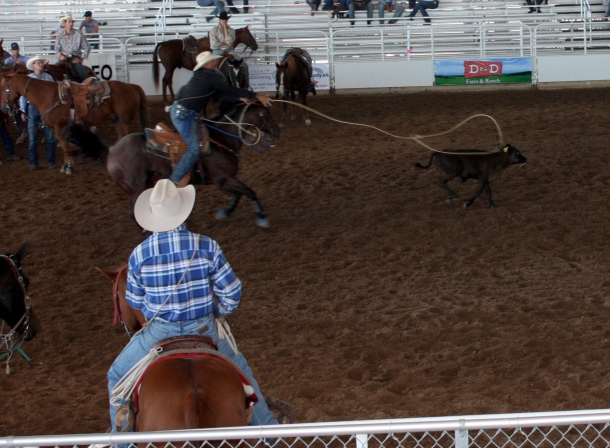 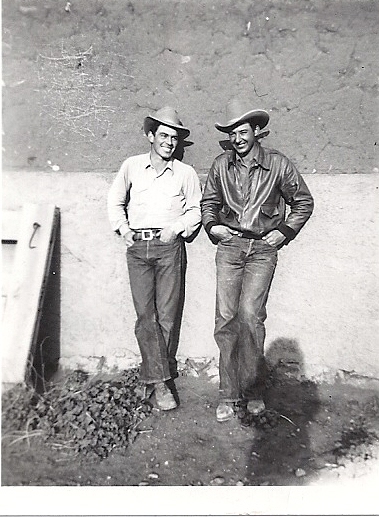 cowboys – the best of the best

Perhaps the most unique event in professional rodeo, the annual Wrangler Timed Event Championship features 20 of the world’s best cowboys who get into the field by invitation only.  The 2010  event was held last weekend in Guthrie, Oklahoma.

The Lazy E Arena started the event in 1985 as a way to determine the best timed event cowboy.

Most cowboys in professional rodeo specialize in just one event. A few will compete in two or more timed events, but no one competes in all five.

Except at the Timed Event Championship.

Each cowboy will compete in all five timed events in rodeo: tie down roping, steer roping, heading, heeling and steer wrestling.

By the time it has ended Sunday, each cowboy will have roped and bulldogged a a total of 25 head of cattle. The one with the top overall time wins $50,000.

In that first year, the Lazy E Arena invited 30 world-class cowboys to compete for the championship. They enticed them to try events other than their specialty with a $100,000 purse, $20,000 going to the winner.

“They were beat up,” Meyers [former Lazy E general manager A.G. Meyers], said of the inaugural 1984 field. “We almost killed the top 30 timed event cowboys in the world.”  The following year, Meyers trimmed the field, the rounds and spread the competition over three days.